I know most of you hate the word spider along with the animal it self. But as they are everywhere in the world, we should learn about them a little bit.

Do spiders pee and poop?

Spiders poop and urinate just like other living beings who consume food. Spiders have to excrete the waste from their body.

In case if someone says spiders are not pooping it’s just that they have not seen the spiders a lot. Hence why they have developed these myths.

Spiders are special as they can survive without food for several days. If we elaborate on tarantulas, they can thrive well regardless of whether they get food or not. In fact, they tend to eat when they can find food in abundance only.

Spiders Have a  low metabolic rate. Literally their ingestion, digestion and excretion occur at a very low rate.

To briefly tell you, spiders do not eat a lot due to their low metabolic rate. Hence the sightings of the spiders pee and poop could vary  depending on the food they consume.

On the other hand, some people might think that spiders urinate or not simply due to the viscous state of the poop.

Some people presume that spiders’ urination takes place along with  pooping as there will be a semi liquid state of poop. However, it is false.

From the spider’s perspective, they consider water as a luxury for them. When they drink water, they retain most of the moisture in their body.

Besides, they have a specially created natural structure called Malpighian tubes which will help to get rid of the nitrogenous waste.

In fact they convert  the nitrogen waste into uric acid. Uric acid is liquid and even water cannot dissolve them. Hence these spiders excrete the solid wastages along with its digestive wastage. (Not much pee)

There are some spiders who can convert the Nitrogenous waste into dry guanine as well. Guanine is a nucleic acid. It is a white powdery substance, and their excretion takes place along with the food waste.

Chances are that some spiders may even try to deposit guanine on their bodies themselves so that they will make them look like they are camouflaged.

It is interesting  to learn about the spider’s ability to urinate and poop and how they convert their nitrogenous waste into solid uric.

It will be vital to know their evolutionary advantage which is unique to these types of arthropods. This is another interesting feature which makes them survive in the water.

Spider droppings are not as dangerous as you might think. According to Washington State University biologist spider poop does not contain highly contagious bacteria.

Although spiders diet contain filth flies (There are records to show that more than 100 pathogens are found in filth flies which includes several human pathogens as well.) their poop did not show any sign of those pathogens. What happened to them is a mystery.

But this matter is still under research. Although widow spider poop is pathogen free, other spider’s poop might not be the same.

It could be harmful in terms of health  as it could contaminate the food. They could either defecate the food, food preparation surface ,pillows or towels. They could get in contact with your mouth. Hence it could be dangerous.

How do you get rid of spider Pee bumps?

To get rid of them, you need to apply an antibiotic ointment to the infected area in case any blisters develop.

If it is severely spread, you need to consult a  health care provider. You need to clean the area on a constant basis to prevent the spiders coming in too.

Spider poop is usually dark in color. Further they are semi liquid and squishy. It further shows resemblance to paint splatter as well.

When you consider the dietary   requirements of the spiders, their poop can have either black or brown shades. Moreover, you could spot them in shades of white and gray too.

In fact, the shade of the spider poop may vary depending on the spider species. However, if we consider them on as a whole, it could be either dark splats or drips.

See also  How To Keep Centipedes Out Of Your Bed? (Here Is How)

The stercoral sac of spiders contain bacterias which are crucial in breaking down the spider’s food and they may produce gas during this process. Hence you can presume that there is a possibility for the spiders to fart.

To elaborate further on this, there is a scientific term called spider flatulence which is a less spoken topic in the science  world.

However, we can learn about the digestive system of the spiders when we dig deep into this. spiders digest their food on a massive level outside their body.

During this process they inject their prey with venom using their fangs. Next, they eject the sputum with digestive enzymes using their mouths and fang holes in the body they prey.

Next, they wait till the digestive juice breaks down the exoskeleton tissues and further they may also break down the skin of their prey as well.

Later the spiders suck up the liquid into their organs such as to their mouth and to the stomach. Next, they regurgitate it and consume it again. They would do this process a number of times.

In fact, spiders can only cope up with the liquid and they cannot handle the lumps. As per the records, spiders ingest air while they conduct this process, and this is considered as one of the most crucial factors to fart.

When they finish extracting the nutrients in ceaca, the food will circulate to the stercoral sac and there  the moisture will extract.

Stercoral sac has bacteria included and it is essential to break down the spider’s food. Gas production takes place here. Hence this reconfirms the fact that the spiders fart.

How to clean spider droppings

The cleaning process of the spider droppings and the stuff you need to clean them would depend on the surface.

You should refrain from using harsh cleansers on fine furniture. Further avoid using rubbing alcohol or solvents also as they could badly damage them.

However, you may use elbow grease during this process. To apply it , you need to leave it on the surface for some time and then start scrubbing.

To reiterate you need to be careful on what surface you are applying them. To clean,  you need to first water the surface and then apply the bleach solution.

See also  Bugs In Sugar | How Can I Avoid Them?

Next use  a soft scrub or a scratchy sponge and wipe it. Next apply a scrubbing bubble  cleanser. It will cause the spider to drop and stain.

Do spiders poop in their webs?

This might be true. Although they poop in their webs, those webs might not retain the poop. They will fall in to the ground.

Unfortunately ther are not much information about this.

How often do spiders poop?

They  poop once every few days. Having said that, it could also be once every few months too. It will vary on the food availability , living conditions, spiders’ health, spider species etc.

Spiders have a slower metabolism rate. Hence, they do not poop quite often like humans or other animals.

Despite the fact that pooping is regarded as a normal physiological fact which happens among the animals which consume food, spiders can poop to defend themselves to protect them from predators.

What do spiders excrete?

Their excrete is a combination of digested food and waste products. The digested food would mainly be insects. Besides, spiders will produce excrete uric acid too. it does not dissolve in water.

We have covered spiders’ poop as to how it looks like the ways of removing them etc. Hope this guide was useful for you to learn something new and this brings us to the end of the article and hope you thoroughly enjoyed reading it.

Read Next : How Long Can Termites Live In Furniture? (You Wont Believe This!) 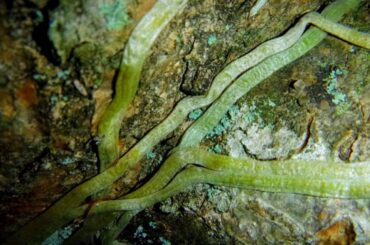 How Do You Get Rid Of Algae On Orchids? 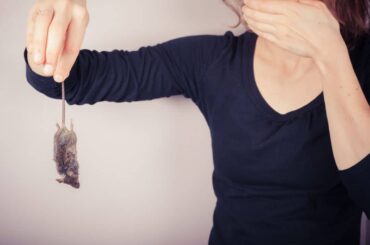 Dead Mouse In House (What Should I Do?) Are House Geckos Pests ? ( Sometime They Are )