How Long Can Orchids Live Without Sunlight?

How long can orchids live without sunlight? The answer for this question is debatable. Orchids can live without sunlight for a long time. But they won’t flourish or flower. It will take months to rot the plant. Let’s find out more about orchid light requirements in this article.

How long can orchids live without sunlight?

Then you can live months without sunlight. But if you do not provide both water and sunlight the orchid plant will dry out in weeks (maybe days). Generally, it is important that orchids get sunlight for 12-14 hours on a daily basis right throughout. Orchids are usually adapted to grow in tropical environments. Thus, they adapted to grow in brightly lit places. Further the intensity and the duration of the sunlight remain the same in those temperate climates.

The exposure for sunlight results in the lush growth in the plants. However, that would affect the flower blossoming of the plants. As such I recommend placing them near a bright sunny window when you grow them as houseplants.

Providing sufficient sunlight is quite crucial when you grow them as indoor plants. However, if you find it difficult to provide sufficient sunlight, I recommend going ahead with the less fuzzy orchid varieties which can survive in the conditions you can provide.

Orchid light requirement chart mainly depending on the light intensity. The right light intensity which would suit the orchids would be 100-500 umol/m2/s. It would be quite effective in prompting the photosynthesis process. it would in fact allow the leaf stomata to open fully in the night.

See also  How To Use Fungicides On Plants Carefully?

Furthermore, the high PPFD (Photosynthetic Photon Flux Density) is critical in increasing the fresh weight of the foliage. Further if the plants are entering the blooming season, it would result in  vigorous blooms. Keep in mind that the majority of the orchids which thrive in high light intensity produce flowers vigorously when you compare them with the orchids which thrive in low light and in medium light.

However , low light intensity would not be quite effective on the plants as they would result in a minor growth in the plants. Further it is very unlikely that they will bloom. You could use the light requirement  chart to identify what are the low light orchids, medium light orchids and on the high orchids.

How many hours of sunlight does an orchid need?

Ideally orchids need to have 6-8 hours of bright indirect sunlight daily. Thus, placing them near a bright sunny windowsill would be the most suitable thing to do when you grow them indoors. However, you need to still be mindful of the light requirement of the orchid species before you place it there as there could be orchids which would not tolerate too intense sunlight. However, if you believe your precious orchids are still lacking adequate sunlight, you could consider placing artificial lights closer to the plants.

As aforesaid,  the hours of sunlight exposure may vary depending on the orchid species. For example, Phalaenopsis orchids have low light requirements when you compare them with the rest of other orchid species. They would perform well in bright indirect sunlight and the exposure for direct sunlight for more than two hours would result in adverse effects on the plants.

For example, they would develop brown spots and make them look aesthetically ugly. On the other hand, if you could have any dark green leaves, that literally means they are lacking sufficient sunlight.

Although orchids love sunlight, prolonged exposure to direct sunlight could burn the orchids. The optimal lighting conditions which would work with the orchids are bright indirect sunlight. Further you could check on the leaf color to identify whether the plants are getting extreme sunlight or whether they are running in short sunlight. If the orchid leaves color is bright green, it literally means the plants are growing healthy.

Can orchids grow in shade?

There are some orchids which tolerate the shade and still thrive well. For example, they can perform well in shade houses where there is indirect sunlight. Orchids such as Phalaenopsis would be a great pick to grow under shade as they have low lighting levels.

What are low light orchids?

Low light orchids are the plants which will not tolerate direct sunlight. They are quite responsive for direct sunlight. If you grow them near a bright sunny windowsill, you could cover them with a sheer curtain so that the light intensity would be low. If not, you can place them some feet away from the bright sunny windowsills too. Generally, the low light orchids would wish to have a faint blurry shadow.

You could identify this by conducting a shadow test. To be more precise on the measurements they would measure around 1000 – 2000-foot candles, or 10700 – 21000 lux. We can consider orchid species such as Phalaenopsis, Paphiopedilum. On the other hand, to briefly touch on the mid light orchids, these are the plants which would thrive well in mid intense sunlight. However, they would not still prefer to have direct sunlight.

You could consider placing them closer to a bright sunny windowsill or even close them some feet away from the windowsill where the plants can get some direct sunlight. To explain further on their light measurements, it would be around 2000–3000-foot candles or 2100-32000 lux. Brassia, C attleya dendrobium are some of the mid-light orchids.

Finally, to briefly touch on higher light orchids, there are orchids such as Vanda, Dendrobium which are accustomed to grow in higher light conditions. Having said that, prolonged exposure for direct sunlight could bring adverse repercussions on the plants. To explain the measurements, they would ideally wish to have 2000–5000-foot candles or 21000-53000 lux.

Read Next : How Long Can Orchids Live In Cold Weather? 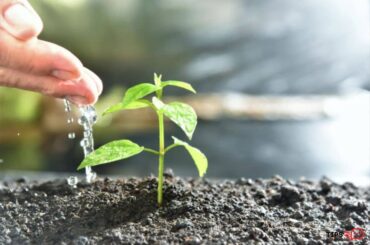